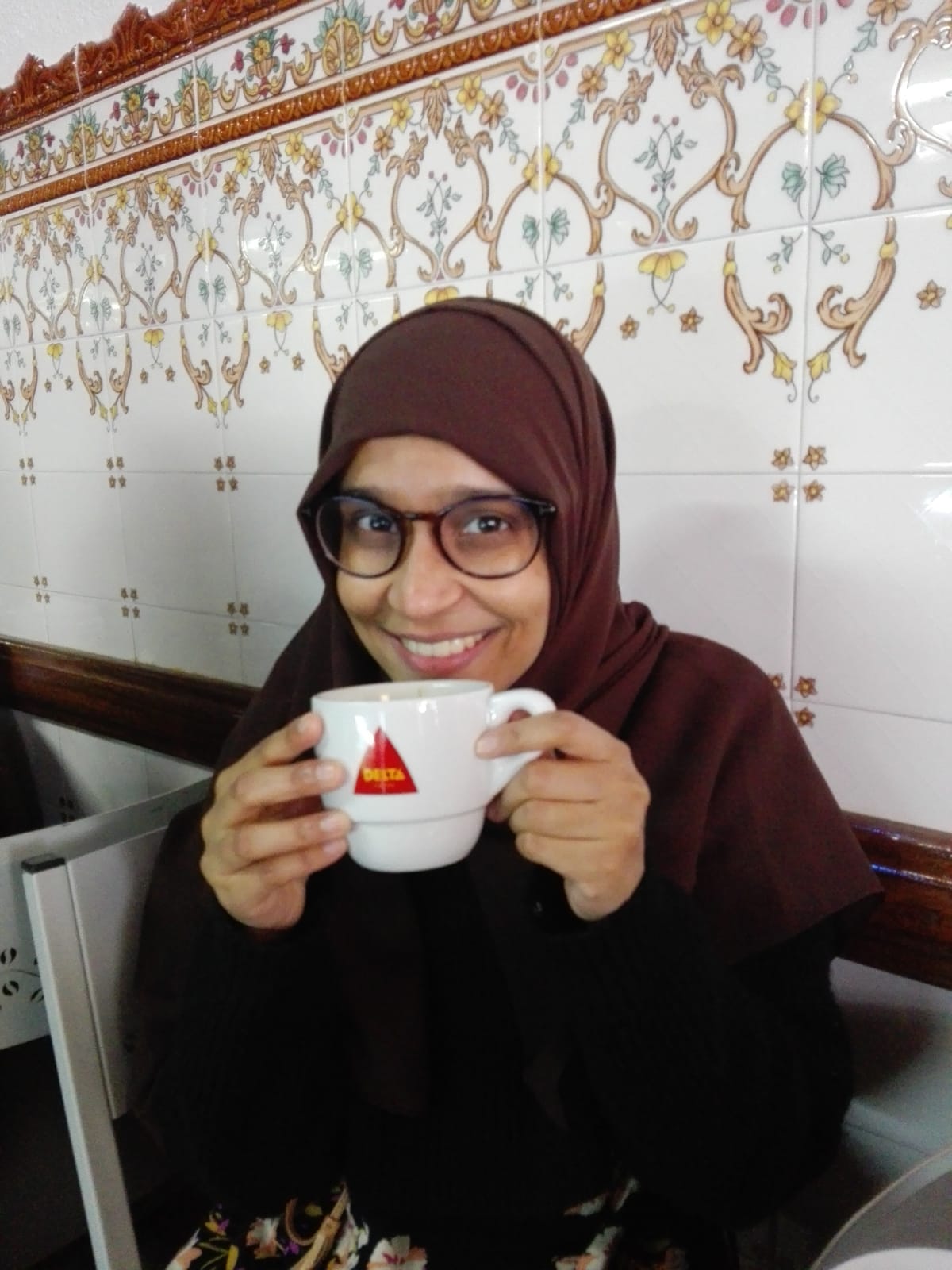 Ruma enjoys writing, especially when it connects hearts and shift minds, to positivity. Ruma's interest lies within endorsing truths, self-development, creativity and health. She also has a soft spot for cats. 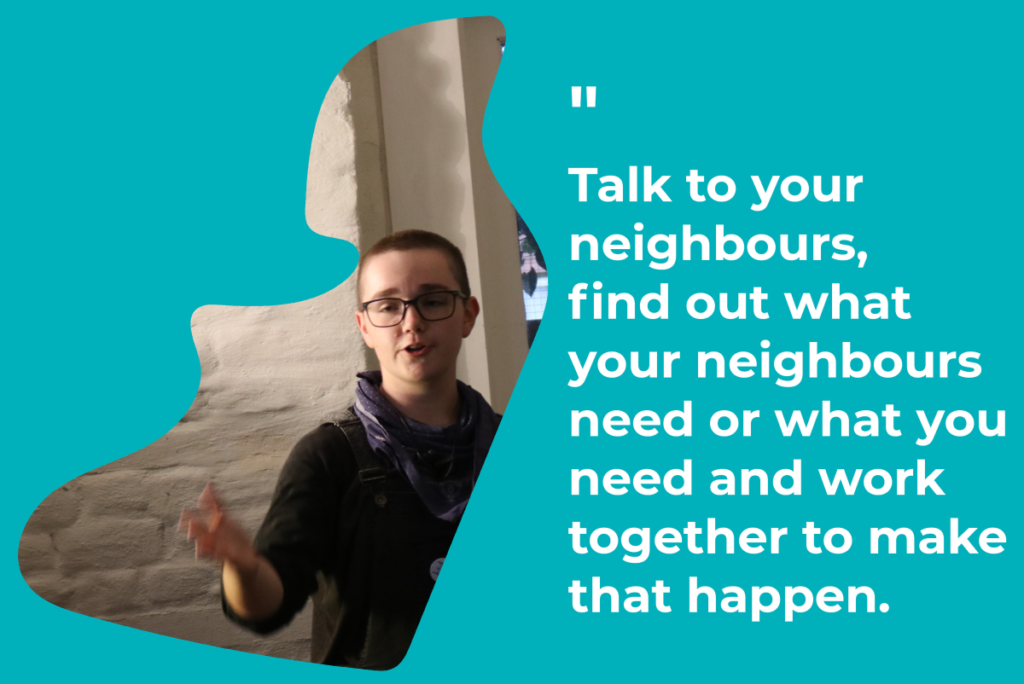 Aislinn Evans is a 20-year-old artist, youth worker, and cat-lover who has recently embarked into university to study Fine Art. During lockdown, they dedicated time to work on a Minecraft project with young people, using our Renew funding, which aimed to help participants develop collaborative and social-emotional skills.

How was your life affected by the lockdown?

I was in a strange place before the lockdown began. I dropped out of university in October 2019 and I’d been at home for a few months. I was focused on applying for art school and moving the youth stuff I was involved in, including handing over projects and responsibilities. A lot of my work fell through. Youth projects that I was trying to develop didn’t happen and probably aren’t going to happen.

On the other hand, it did give me opportunities to rethink things, in particular about online social spaces. I personally found that I received more support and connection from different online social spaces during the lockdown than I had in the months prior, which is quite strange.

What youth-related activities have you been working on during the lockdown?

I worked with a group of young people face to face and we talked about youth activities during the lockdown and what they want it to look like. They were all getting really into Minecraft. We had a Discord server and every other week we would have three hours on Minecraft where we worked together in a realm. It was a nice, low pressure, simulated social space that was accessible during this time and met their needs. A lot of youth work that I have done prior to this has been very goal-driven; however, this was about doing something far less pressured and having a social space. 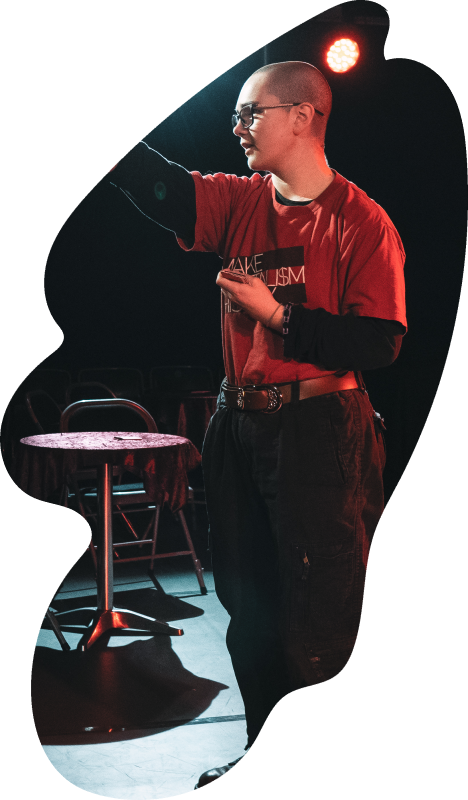 How did this impact the young people you collaborated with?

I think the most important thing is that it kept them in touch and provided an element of routine. A regular social event in their lives, which was very important at that time. Also, they were building collaborative and team-working skills. Most people worked well together on different quests and areas including The Nether, which is a hidden world underneath the normal world of Minecraft. But we had this one person who built a castle with massive walls around the land, and decided that we won’t be allowed to go there.

Games and youth work are two things that have always worked well together in the things I do. I first worked with these young people in a project called “Dungeons & Dagenham” (D&D), which was combining a London Youth Project, where young people were given funding and time to develop social action projects, with role-playing games such as Dungeons & Dragons.

How can gaming help?

I think social gaming is valuable for building social-emotional skills in young people, in a way that is very accessible and fun. It speaks the language of young people today and is particularly accessible to young people who are often disregarded by youth work. A lot of youth work is around sports or performing arts, things that attract people who are very confident, very sociable, and don’t have as much trouble navigating their way through the world. The D&D stuff and the project in Minecraft created youth work that appealed to youth subcultures that are often overlooked.

What’s been your biggest achievement during this pandemic?

The Live Art Development Agency got in contact with me because I had won a bursary that I’d applied for, before the pandemic. I was given this funding for research on social practice art and revolutionary politics. I managed to complete the project and now have a magazine that is ready for print and distribution. It’s about leftist artists who share their perspectives on political art and the current relationship between arts and politics. It was a difficult project because it changed a lot due to the lockdown, but it’s also a great zine.

I think social gaming is valuable for building social-emotional skills in young people, in a way that is very accessible and fun. It speaks the language of young people today and is particularly accessible to young people who are often disregarded by youth work.

Talk to your neighbours, find out what your neighbours need or what you need and work together to make that happen. Join a union. If there isn’t any union to join, set up a union. Unionise your workplace. Advocate for your rights in the workplace. Don’t worry so much about conventions meaning success. 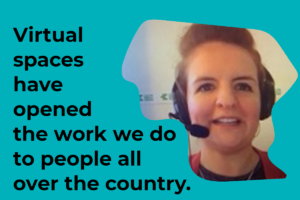 Rachel Crossley: History in the making

Rachel Crossley is the museum director for the East End Women’s Museum, which celebrates and shares the stories of women in east London and counteracts gender inequality. She was also one of the decision-makers for the Rapid Response Fund. 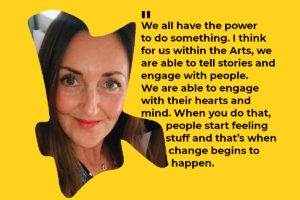 Nat Smith works as an Education Director at Arc Theatre, which specializes in creating and performing theatre that challenges assumptions and causes real change in the way that people relate to one another at work, at school and in the community. Arc Theatre received a grant from the Rapid Response Fund to purchase new computer equipment which would allow them to continue their work online and support them after the pandemic. 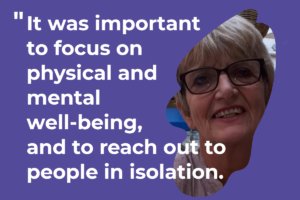 My name is Carole Pluckrose and I am the Artistic Director and Board Member of the Boathouse Barking, where I work as both a curator 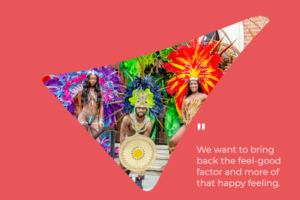 UKON Careers CIC was given a grant from our Renew Fund to take their Carnival activities online. They used this to make and send craft 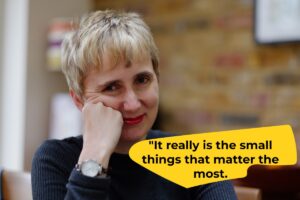 My name is Jane Shetewi and I live with my husband, my 20-year-old daughter and my 17-year-old son. I had been mentoring Year 7 students 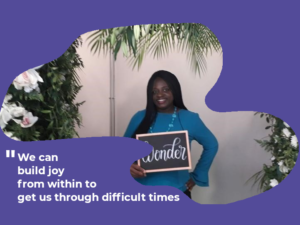 Let joy be a carrying tool in hard times. Wumi Oyewole has a vision to create a world full of radiance, creativity and confidence. A 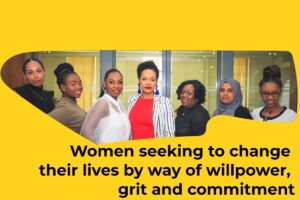 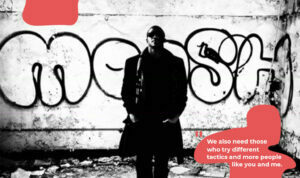 What’s behind the name Moosh? My grandfather’s name is Mushumbusi – it’s a short form of that because people couldn’t pronounce it, so I just

Tell us what information you’re after and we’ll deliver it to your inbox. You can unsubscribe at any time.